The reasons behind the popularity of tiny homes 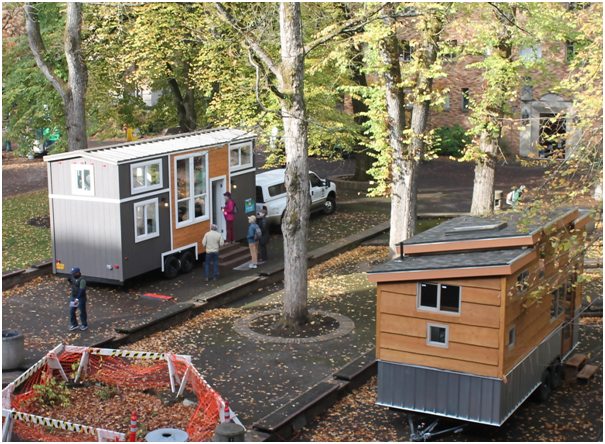 10 Apr The reasons behind the popularity of tiny homes

Posted at 01:43h in Tiny Homes by administrator
0 Likes

Tiny homes are as described. Once considered to be extremely small, today, there is no set definition of what constitutes are a tiny home.

In retrospective, the tiny home counter-culture appears to have emerged due to multiple factors

An increasing amount of young and older Australians are embracing the minimalistic, free-spirited lifestyle of tiny home living, rejecting the consumerism mentality that corporate advertising has propagated into contemporary society.

The rise in property prices or perhaps more precisely the housing affordability crisis. The desire to reduce overall debt and choosing lifestyle and flexibility over the out-of-date ideal of a quarter-acre block and a mortgage. Also, an increased awareness of our environmental responsibilities and our carbon footprint.

Many younger people especially are recognising that life experiences are what creates wealth, as opposed to material possessions. While many older Australians are looking to downsize and enjoy the versatility that a tiny home provides.

As early as 1854, the concept of tiny home living was immortalised by Henry David Thoreau when he published Walden, recording his time living in a 150-square-foot cabin he built near Walden Pond near Concord, Massachusetts, for just over 2 years.

Little did he know, his book would inspire tiny home enthusiasts 150 years later, willing to sacrifice spaciousness for the virtues of living modestly.

In 1973 the book Shelter was released by Lloyd Kahn and Bob Easton. Shelter is a compendium of organic architecture past and present. Covering topics such as nomadic shelters, iron-age huts, and Bedouin tents. It remains a source of inspiration for tiny home enthusiasts nearly 50 years later and is highly revered in many circles.

Architecture Australia had this to say about Shelter…

“It’s time to educate the architects. To that extent, this book on shakes and wattle and daub is the most revolutionary architecture book around…”

However, interest in Tiny homes took off during the Global Financial Crisis in 2007-08 – considered to be the most severe recession since the Great Depression of the 1930s. Many Americans opted to downsize their living arrangements, however, once the economic crisis eased, prudent financial habits were established, and a counter-movement was well on the rise around the rest of the world.

In a nutshell, the main reasons that tiny homes are so popular

Today, more and more people are looking at this viable alternative to the increasingly larger home.

Mainly because it presents as a means to combat growing debt, reduce their carbon footprint, enjoy the benefits of the freedom and flexibility that living in a tiny home (especially one on wheels) affords, and to live a life rich in experiences that unfortunately a growing number of Australians – trapped in the rat-race – will not get to enjoy.